When it comes to climate adaptation in Africa, agriculture is a big topic. Big industrial farming, however, is not the solution. It’s the smallholder farmer we need, different world leaders say.

The world needs to invest in smallholder farmers, rather than big industrial farming. Especially when it comes to Africa, where there is still a culture of smallholder farmers. It was Ban Ki Moon who plead for this during the Africa Adaptation Summit in Rotterdam on September 5.

Ban Ki-moon is known as the former Secretary-General of the United Nations, but he is also chair of the Global Center of Adaptation (GCA), which organized this summit. And above that, he is also deputy chair of the Elders, an independent group of wise global leaders, founded by Nelson Mandela.

The absence of wealthy countries

Around sixty high officials came to the summit in Rotterdam, especially from Africa. Also, more than half of the press came from that continent. Not only journalists were complaining about the lack of willingness from the side of Europe, but also African leaders were not happy that prime minister Rutte of The Netherlands was the only European head of state. Especially Congolese President Felix Tshisekedi and Macky Sall, who is not only the president of Senegal but also the leader of the African Union, complained that they missed the wealthy countries who are responsible for most CO2 emissions.

How will this money be spent?

Ban Ki-moon pled for smallholder farmers, as we saw. He’s not the only one. Also, Kristalina Georgieva, Managing Director of the International Monetary Fund, believes that investments for agriculture in Africa need to go to smallholder farmers, “because most of the agriculture is in the hands of the small-scale farmer”. Especially when it comes to climate adaptation, because “small farmers are connected with nature.”

Patrick Verkooijen, CEO of the Global Center on Adaptation (GCA) points out the state of emergency in East Africa, where people suffer from drought. Solutions for those problems are also here in The Netherlands, he tells to Dutch national radio. Solutions to support smallholder farmers. For this, different kinds of organizations need to collaborate and existing collaborations need to strengthen.

It almost sounds like he is talking about Farming Africa. And about its collaboration with the Maasai and other pastoralists in East Africa. They have different solutions when it comes to adaptation to climate change, among which grassland management, grassland restoration, and they even work on climate resilient grass varieties.

Mr. Verkooijen was too busy organizing this summit, so I didn’t get the chance to make an appointment yet. But his secretary promised me to get in touch soon. So that story continues… 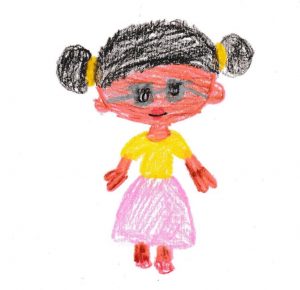